There’s No Guessing in Depositions! – A Cornerpoint Case Pop

Assumptions Are Not Evidence

I previously posted about the discovery phase of litigation, when parties to a lawsuit “discover” and learn information, in my series of blogposts about civil cases in Washington. The focus of this post is a deeper dive into one of those commonly used discovery tools – the “deposition.” With a recent Washington Court of Appeals case as an example, let’s take a look at what happens in depositions, and why they are so important.

The plaintiff tripped and fell while walking in a City of Seattle crosswalk. She filed a lawsuit for negligence, and the City of Seattle conducted discovery and took her deposition. In the deposition, the City’s attorney asked the plaintiff questions under oath. The plaintiff testified that after she fell, she looked back and saw a manhole cover and “therefore assumed that that was what I had tripped over.”  She also testified that the manhole cover was raised.

After the deposition, the City brought a motion to dismiss the entire case, arguing that the plaintiff did not know what she tripped over, and her assumptions were insufficient speculation. The plaintiff submitted a document in response called a “declaration,” which is written testimony signed under penalty of perjury. In her declaration, the plaintiff stated that the manhole cover was recessed. The trial court judge dismissed the case, and the plaintiff appealed.

What Is a Deposition?

(Note: If you have an upcoming deposition, you should talk to an attorney. There are many nuances to and rules for depositions that are not discussed in this post.)

Depositions are question and answer sessions where testimony is given under oath of penalty of perjury. Only one person testifies per deposition. Parties to the lawsuit, as well as non-party witnesses, may be called to testify in a deposition. Depositions usually occur in an unassuming, quiet conference room. Present are: (1) the person testifying (the witness); (2) their attorney, if any; (3) the attorney who arranged for the deposition and will be starting the questioning, and any other attorneys in the case; and (4) the court reporter. The parties to the lawsuit are allowed to be present and observe the testimony. Since depositions may be recorded by video, a videographer may also be present. 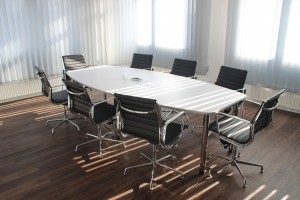 The deposition proceeds in a question and answer format. There are multiple rules and tips for a witness to remember, which are not discussed in this post. Breaks are allowed, but not in between a question and an answer. When the parties are “on the record,” everything that is being said is being transcribed, and sound recorded as well.

Every attorney, including the attorney representing the witness, can ask questions. Attorneys may object to questions, but because no judge is present, the witness must still provide an answer most of the time. The objections are preserved for later judicial determination, if necessary.

After the deposition, the transcript may be ordered, and the court reporter will then finalize it for distribution. The witness may make corrections (but not changes) to the testimony. The original transcript is sealed for trial to ensure it is not adulterated, but copies are available.

What Is the Purpose of a Deposition? 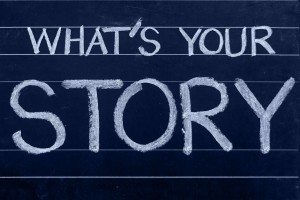 Most depositions are conducted for the purpose of gathering information. The law discourages trial by ambush. The law also, at least in the modern age, encourages parties to resolve their disputes short of trial. It is efficient to ask questions in verbal conversation, and body language, cadence, and confidence may all be measured as an indicator of witness credibility and presentation.

So the testimony is used as a guidepost for overall strategy, and is often shared with other witnesses, including experts. But depositions are also used to tie down a witness’s testimony in the event the case proceeds to trial (or arbitration, as the case may be). If a witness testifies at trial inconsistently with their prior testimony, then they are essentially discredited, or “impeached.”

What Happened in the Arntz Case?

Every now and then, the circumstances of a case are such that the law does not support the continuation of the plaintiff’s case, and the case is dismissed early. This is called “summary judgment.” 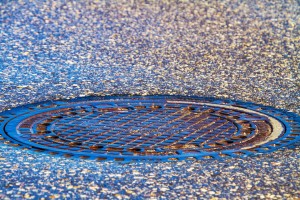 The City filed a motion seeking summary judgment, arguing that there were not enough facts to support a claim for negligence. The plaintiff submitted that declaration – the sworn written document. Among other things, she changed the elevation of the manhole cover from raised (in the deposition) to recessed (in the declaration).

When a person gives clear testimony in a deposition, and then submits a written declaration that contradicts the testimony in an effort to avoid an unfavorable ruling, the court will not consider the change in testimony. In the Arntz case, the court called attention to the contradiction, but ultimately decided that regardless of the contradicting testimony, the deposition testimony showed that the plaintiff was only guessing about what caused her to trip. This speculation was not sufficient to prove her case. The appellate court affirmed the trial court’s dismissal of the lawsuit.

Assumptions and speculation are not the same as evidence. In fact, the law rejects speculation as reliable evidence, so it is important for witnesses to refrain from guessing in depositions. When people assume, they’re often wrong. Since testimony from a deposition is essentially written in stone, a wrong guess will lead to an inaccurate transcript. And, as the Arntz court lectured, contradicting previous deposition testimony is not a fix. At trial, doing so usually leads to the destruction of overall credibility.

If you have been called for a deposition, you should prepare for, and understand the rules of, the deposition. If the litigation has the potential to affect your rights or responsibilities, you should talk to an attorney. Even if you are not a party to the lawsuit, you may still have an attorney help you prepare, attend and object to questions on your behalf, and provide overall guidance and support. Email or call me to see if Cornerpoint can help with your deposition or other litigation questions.