So you have an arbitration provision in your employment agreement that says that disputes have to be handled in private arbitration rather than in court. What happens if one of the parties ignores that clause and starts a court lawsuit instead of filing for arbitration?

On May 23, 2022, in Morgan v. Sundance, Inc., the United States Supreme Court issued an important rule that helps judges (including those in Washington and Idaho) who are reviewing arbitration provisions in employment contracts determine whether an employer or employee has waived – or relinquished – their right to arbitrate.

What happened in the Morgan v. Sundance lawsuit?

Why did the Morgan v. Sundance lawsuit go all the way up to the United States Supreme Court?

There was disagreement among courts in different venues and jurisdictions about whether the party opposing a move from court to arbitration had to show that they had been prejudiced or harmed by the time spent in court. Think along the lines of time delays, attorney costs, and strategical disadvantages. Most judges said that if there was no harm that had been done to the party opposing arbitration, the case should be transferred out of court and into private arbitration. Because arbitration clauses in employment agreements are common, and because they involve federal law, there was a need for nationwide uniformity on the issue. 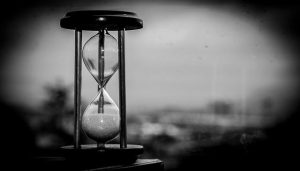 What did the United States Supreme Court decide about arbitration clauses in Morgan v. Sundance?

The new rule from the United States Supreme Court is actually different from the rule held by a majority of the courts. The U.S. Supreme Court ruled that a party can waive their right to arbitration by litigating in court even if the other side has not been prejudiced by the delay. In other words, a judge cannot rely on the principle of “no harm, no foul” as the reason for why a case should be moved out of court and into arbitration.

How will the Morgan v. Sundance lawsuit impact me?

Part of contract risk management is hoping for the best but preparing for the worst. If you’re an employee with an employment contract that has an arbitration provision, or a small business owner that uses an employment contract that has an arbitration provision, you should know now that if there is a dispute that proceeds forward in court, the parties may have waived and canceled out the arbitration requirement — even if no one has been prejudiced by the court action. Arbitration clauses are treated like other contract clauses, so parties can lose their private arbitration rights, just like they can lose other contractual rights, because of inconsistent behavior or inaction. And in this author’s opinion, the Court’s rule in Morgan will eventually carry over to arbitration clauses contained in contracts other than employment agreements.

Email or call me, Stacia Hofmann, to see if Cornerpoint Law can help with your questions about employment contracts, including arbitration clauses.