On February 22, 2018, I published a blogpost about the paperwork that is required to start a Washington lawsuit. After filing these initial pleadings, are the plaintiff and defendant ready to jump into the thicket of civil court rules, judges, and courtrooms?

Possibly not. Washington Superior Court litigants will sometimes find their cases diverted to an alternative venue called arbitration. But if there is no arbitration agreement between the parties, how can this possibly be? The answer is legislatively mandated arbitration.

I’ve Heard of Arbitration. What Is It? 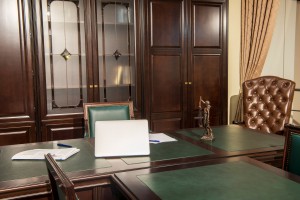 The purpose of arbitration is to resolve disputes without utilizing court resources and proceedings, although arbitration is still an adversarial process. In civil court, the parties bring motions and present evidence and arguments in open (public) court. The case is heard by a judge and, during a trial, usually a jury. On the other hand, in arbitration, the parties present their motions, evidence, and arguments privately. The parties appear at closed hearings before an arbitrator or a panel of arbitrators. Like a judge or jury, the arbitrator or arbitration panel is ultimately responsible for reviewing the evidence and law and issuing a decision or award.

There are Different Types of Arbitration

In Washington, there are two major categories of arbitration. Although they share some similarities, they are distinct in incredibly meaningful ways.

:arrow:   Binding arbitration arises from a private agreement to arbitrate and is generally allowed under both Washington and federal statutes.

:arrow:   Mandatory civil arbitration is required by Washington statute, RCW Ch. 7.06., and state and local court rules. On March 13, Governor Inslee signed a bill, overwhelmingly passed by the Legislature, that makes changes to the existing mandatory arbitration statute. The most important amendment doubles the potential maximum value, from $50,000 to $100,000, for cases subject to arbitration. The changes are effective for cases filed after September 1, 2018.

(The new law also removes the word “mandatory” from the statute. It will certainly take me some time to adjust to the name change, and I will continue to use “mandatory” to distinguish from binding arbitration in this post. Both types of arbitration are discussed in more detail below.)

A Contract for Binding Arbitration: A Pre-Loss Risk Management Technique

Arbitration clauses can be found in consumer, business, employment, and various other types of contracts in virtually every industry. Indeed, chances are you’ve agreed to binding arbitration at some point in your life. These agreements call for arbitration in the event of a future dispute between the parties, with the decision of the arbitrator or panel of arbitrators being final.

Binding arbitration helps keep disputes out of the court system, so these agreements are one of the most widely used risk management techniques. Arbitration can be quicker and less formal than court. Furthermore, binding arbitration offers privacy controls not found in open court, and also allows the parties to have significant say in the selection of the arbitrator(s). 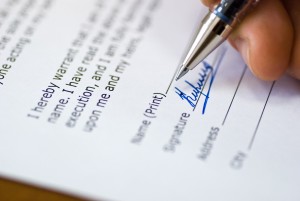 However, for the most part, parties to a binding arbitration agreement lose the ability to appeal an erroneous arbitration decision. They also lose the ability to present their case to a jury. Appeals and juries are fundamental building blocks of the American civil court system, but their value to any given litigant is subjective.

Additionally, because a case in binding arbitration should ideally be decided not only sooner than a court case, but also with less attorney time, a business might find that it saves in attorneys’ fees and thus overall costs. But that’s not always the case, as filing fees can be higher in binding arbitration than in court, and private arbitrators charge the parties for their time, whereas judges and juries do not.

So, in some situations, binding arbitration may be advantageous. Other times, the venue may be unfavorable. And, whether a binding arbitration agreement is enforceable is the subject of frequent litigation: as previously discussed on this blog, arbitration requires procedural and substantive fairness.

In order to relieve the congestion of the Washington Superior Courts, certain civil lawsuits are required by law to go to arbitration — even if the parties have no agreement to arbitrate. RCW 7.06.010 et seq. It does not particularly matter what the civil case is about. Breach of contract, personal injury, property damage, intentional torts, and other Superior Court claims solely seeking money damages are fair game for mandatory civil arbitration.

For the case to be subject to mandatory civil arbitration, each party to the lawsuit must be seeking $50,000 in damages or less (exclusive of claims for attorneys’ fees, costs, and interest). That will change on September 1, 2018, when the new law will go into effect and each county’s judges may vote to raise the ceiling to $100,000 (which I suspect they will – at least in King and Pierce counties).

Mandatory civil arbitration, like binding arbitration, is adversarial and involves the presentation of evidence and arguments to an arbitrator. But there are significant differences.

Depending on the situation, arbitration can be an incredibly useful tool for quicker, more efficient, and more effective dispute resolution. But, if a litigant desires the benefits of a judge and jury, open court, and established court formalities, arbitration can be a setback.