If My Contract Requires Private Arbitration, Why Am I in Public Court?

Arbitration has been a frequent topic on Cornerpoint Law’s blog, and a point of discussion on its YouTube channel as well. Many business and employment contracts contain arbitration provisions that require that a dispute be heard before a private arbitrator (or panel of arbitrators) instead of in a court of law.

Businesses owners might be surprised to learn that even if their contracts have arbitration provisions, they may still spend time in court.1 The purpose of this blog post is to review and explain those situations.

Compelling (or Staying) Arbitration in Court

Sometimes a party files a lawsuit in court, even if there is an arbitration provision in their contract. In this instance, the other party may seek arbitration by alerting the judge, filing a motion, and asking for a transfer to arbitration. This is called “compelling” arbitration. In the reverse situation, the party opposing arbitration may file a motion to “stay” arbitration – or prevent arbitration from moving forward. 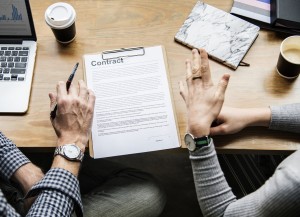 Why does this happen? After a dispute arises, it is not uncommon for one party to want to arbitrate the dispute privately, while another party wants to litigate it in a public court. The reasons are varied. The costs of arbitration, actual or perceived biases or benefits in one venue versus the other, the potential publicity of public court, and preserving issues for a jury or for appeal are all reasons why a party might try to avoid, or, on the other side of the coin, pursue, arbitration.

Generally speaking, the judge will decide whether the parties agreed to arbitration, and may also analyze whether the arbitration provision is deficient and unenforceable.2

Thus, the parties may find themselves in court, at least for awhile, if they disagree on this issue of arbitration jurisdiction.

The parties to a contract can jointly and expressly agree to “waive,” or abandon, a previous agreement to arbitrate and go to court with their dispute instead. This is allowed, but if the arbitration agreement is part of a larger contract, it does not mean that the rest of the contract’s terms change or are unenforceable.

Sometimes, the parties waive arbitration based on their conduct in court. If a party continues to litigate with an adversary in court, and doesn’t make it known that they believe the case should be in arbitration or seek a motion to compel arbitration, a judge may find that the party waived their right to arbitration, especially if the conduct has prejudiced the other party. In other words, forum shopping is not allowed. A party does not get to test the waters in court, and then, if they don’t like how things are going, switch to an arbitrator in hope of a different result. 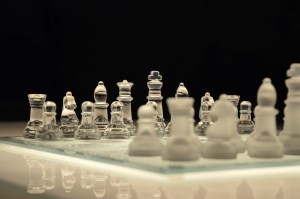 But why would parties waive arbitration – either expressly, or implicitly by their conduct? The type of dispute, the passing of time, a change in the law, court-only offerings, risk reduction, perceived competitive advantage, and collaboration — just to name a few things — may all lead to a change of mind.

Therefore, either by subsequent agreement or by waiver, parties who have agreed to arbitration may end up having their case heard in court instead.

Confirming (Or Disputing) an Arbitration Award in Court

The default rule is that after an arbitrator issues a decision (called an “award”), a party needs to file the award in court if they want it to have the same legal effect as a court judgment. So a private arbitration award does not necessarily mean a confidential arbitration decision, although the proceedings and evidence leading to the award may remain “off the public record.” 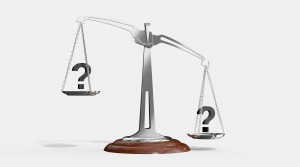 So, if a post-arbitration dispute arises, the parties may have to argue it out in court, even if a judge ultimately finds the arbitration award stands as-is.

There are multiple factors to consider in deciding whether to agree to arbitration in the first place. But even if the risks of arbitration are acceptable and the benefits are desirable, a party may still end up fighting a battle in court.