Understanding the litigation process helps businesses appreciate the value of loss prevention and litigation avoidance and encourages risk management practices. And if a lawsuit becomes a reality, understanding the process helps set expectations and ease uncertainty. In previous blogposts, I’ve covered the various civil courts in Washington, the initial pleadings that start a lawsuit, and the discovery process, where the parties exchange information.

In addition, in Washington trial courts (except Small Claims), the parties to a lawsuit can seek judicial orders by filing motions.

What Is a Civil Motion?

A typical civil motion is a party’s written request to a judge, in advance of the trial, for the judge to decide some aspect of the lawsuit.

Generally, Party A files a motion with the court (the “motion”), Party B opposes the motion (the “opposition” or “response”), and Party A replies to Party B’s response (the “reply”).

These documents are considered court pleadings, and need to have both factual and legal support. The facts are usually submitted in the form of a “declaration,” which is a sworn statement. Sometimes the judge holds a court hearing to listen to oral argument about the motion; other times, the judge decides the motion based only on the pleadings. 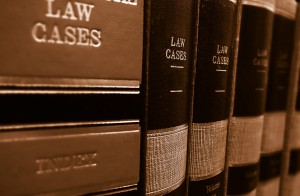 The judge decides whether to grant or deny the motion, based on the facts and law, and issues an order communicating his or her decision. Because the law values structure, and because the sheer volume of potential motions requires some level of organization and conformity, the rules of the court have specific instructions on motions, which vary from court to court and venue to venue. The rules typically mandate:

What Is a Motion for Default?

A motion for default may be filed by a plaintiff when a defendant fails to answer the allegations in a complaint within the time prescribed by law (the summons is a great place to start).

What Is a Motion for Default Judgment?

What Is a Motion to Set Aside Default?

A motion to set aside default is filed by the defendant, asking the court to move the case out of default.

What Is a Motion to Vacate a Default Judgment?

A Rule 12(b) motion to dismiss is usually filed by the defendant, who asks the court to find that the complaint is deficient for one of seven enumerated and specific reasons. Because it is rare for the complaint to be so inadequate, Rule 12(b) motions are not frequently granted. If the motion is granted, the case is dismissed either permanently or with the opportunity to refile.

What Is a Motion for Summary Judgment?

A motion for summary judgment relies on complex legal theory that allows a judge to summarily decide a key, substantive issue before trial.

For a summary judgment motion, the issue the judge decides must be a legal question (that is, a question the factfinder (i.e., a jury) does not have authority to decide at trial), or, stay with me, if it is not a legal question, the evidence provided by the party opposing the motion is treated (for purposes of the motion) as true. If, even through this lens in favor of the opposing party, the law and the facts are such that no factfinder could ever reasonably find for the party opposing the motion, then summary judgment should be granted. On the other hand, if the judge has to compare each side’s evidence to conclude what is most likely true, or if the evidence can be construed one way and the other, summary judgment should not be granted. Either party can bring a motion for summary judgment, but when a defendant brings a motion for summary judgment, it is usually asking the court to dismiss the case.

What Is a Motion to Compel?

A motion to compel may be filed by any party who wants an opposing party to comply with discovery requests. Because the exchange of information is normally handled between the parties without court supervision, if Party B does not comply with a request, Party A can ask the court to order Party B to comply. Because the parties are supposed to self-govern discovery, the court will not decide a motion to compel (or a motion for protective order, below) until the parties have specifically discussed the discovery disagreement amongst themselves in an effort to “figure it out” and avoid the motion altogether.

What Is a Motion for Protective Order?

A motion for protective order is the reverse of a motion to compel and is filed by any party who wants to stop an opposing party from seeking discovery, or limit the discovery’s scope or use.

What Is a Motion to Exclude?

A motion to exclude is usually filed when one party seeks to exclude another party’s expert witness. Expert witnesses and their testimony must meet certain evidentiary benchmarks to be admissible.

What Is a Motion in Limine?

Not all evidence is allowed to be presented at trial. The best example of inadmissible evidence is hearsay. Both parties file motions in limine to keep certain evidence and argument from being presented to the factfinder at trial. The effect of motions in limine is not readily obvious: if a judge orders that certain evidence is inadmissible, no party is supposed to bring up the excluded evidence, so then no party needs to object, and thus the jury should never know. Motions in limine are filed shortly before, and usually decided, the first day of trial, after all of the discovery is complete and the parties have their strategies buttoned down. However, sometimes, where the admissibility of key evidence is hotly disputed, the parties ask the court to decide a motion in limine much earlier so that they can build their case knowing whether or not the jury will ever hear that key evidence.

What Is a Motion to Amend?

A motion to amend may be filed by either party to revise a complaint or answer. In a motion to amend, a party requests permission to add a legal claim, add an affirmative defense, or add a party. Of the three, adding a party is generally the most difficult.

What Is a Stipulated Motion?

A stipulated motion is a motion where opposing parties agree on a desired outcome, but need an order from the judge to make it official.

There are other common civil motions, like motions for voluntary dismissal and motions to continue the trial date, as well as unique and unusual pre-trial motions. Preparing motions is a laborious project, and, since they are presented to the judge, there is little room for mistakes or carelessness. Furthermore, the judge’s decision is often discretionary, and, even when it is not, is subject to judicial interpretation. A lack of certainty as to “which way it will go” permeates the majority of contested motions, but generally understanding civil motions allows for better strategic planning both before and during a lawsuit.