Some Employment Roles Have Value Beyond Wages: A Cornerpoint Case Pop

Last month, I posted an alert that employers who use written employment offers and unilaterally and materially change promised job duties after employment begins may face breach of contract claims. The post followed on the heels of a recent Washington appellate court decision concerning a newly-created executive role at the Bill & Melinda Gates Foundation. The judges decided that the law and the facts supported an employee’s allegations that his position did not materialize as promised, and that the Foundation was therefore liable for breach of contract.

In this supplementary post, let’s look at what money damages were owed by the Foundation to the employee because of the Foundation’s breach.

The facts of the case are summarized in more detail here. For purposes of this post, the following facts and findings are important:

Since Employment Was At-Will, What Were the Employee’s Damages? 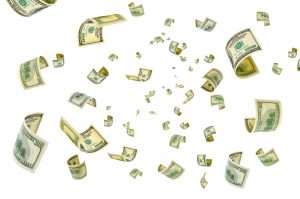 It was not enough that the employee proved that the Foundation failed to fulfill its promises and breached the contract. The employee also had to convince the judges that the failure caused him damages. But since employment was at-will, what damages did the employee sustain? How could the damages be measured?

Foundation Salary? The judges considered whether the employee could recover his wages from the Foundation during the time of his employment. But during employment, the employee was paid the wages he was promised, so he did not sustain any direct financial loss in his paychecks. So his wages were not recoverable damages.

Value of the CDO Position? For 11 months (November 2015 through October 2016), the employee was working in a job that was not what he was promised. Thus, the judges concluded that the proper measure of damages was the difference in value between the CDO position that the employee was promised versus the position in which he was instead relegated. Put another way, the employee’s marketability, skills, and reputation may have been damaged during those 11 months, since he was not performing CDO duties. 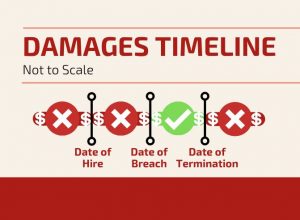 The above timeline shows when the employee’s damages should be measured. If this all seems imprecise to you, the judges would agree. They even acknowledged that the damages were “ephemeral,” but experts could be called in to testify about comparable employment opportunities, the specialized CDO role, and how much monetary value the role would hold at a place of employment as prestigious as the Foundation. The appellate judges sent the case back to the trial judge.

I don’t know the value of a CDO position at the Foundation, but I do know that going through litigation, a trial, an appeal, and a remand is incredibly expensive. Small employers need to understand that at-will employment is not an insurance policy against employee claims. An employment offer that overpromises or is not well-drafted can be just as risky, if not more so, than having no employment offer at all.

Email or call me to see if Cornerpoint can help with your questions about employment offers and contracts.