Is Your Small Business Overpromising in Written Employment Offers?

By default, employment in Washington is “at will,” meaning that either an employer or an employee can terminate the employment relationship for any reason, so long as the reason for doing so does not violate the law or an employment contract.1

Sometimes, employers want to maintain at-will employment, but also want to commemorate the relationship in writing by sending offer letters to prospective employees. These offers frequently spell out key points like salary, benefits, and job duties.2

Can an employer unilaterally change those promised job duties? It depends, but the Washington Court of Appeals recently decided a case concerning a newly-created executive role at the Bill & Melinda Gates Foundation. The judges decided that the law and the facts supported the new employee’s allegations that his position did not materialize as promised, and that the Foundation was therefore liable for breach of contract.

The case is unique given the resources of the parties, the pre-employment negotiations, and the newness of the employment position. Nonetheless, given the innovation and specialization we’re currently seeing in many industries, it is important that small business employers understand that overpromising and underdelivering on the assignment and implementation of job duties, roles, and positions carries legal risks. 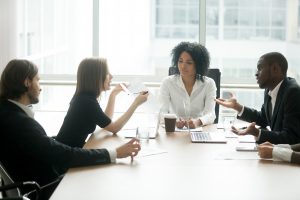 In pre-employment discussions, the Foundation made it clear that the prospective employee’s first priority would be to fix the information technology (IT) systems. The prospective employee made it clear to the Foundation that he would not accept the position if it was limited to IT work. Additional employment discussions followed.

Then, in January 2015, the Foundation presented a formal offer of employment to the prospective employee. The offer letter included:

(1) An offer of employment in the position of CDO;
(2) salary and benefits information; and
(3) a statement that employment would be “‘at will’ and may be terminated by [the employee] or the [F]oundation at any time for any reason with or without cause or advance notice.”

The offer letter did not spell out any job duties, but a “list of accountabilities” was prepared by the Foundation and sent to the employee prior to employment. The list included duties related to IT and digital strategy. The employee also sent articles to the Foundation about CDO positions at other companies and organizations.

The employee began work in April 2015 and was terminated by the Foundation in October 2016. He filed a lawsuit against the Foundation for various claims and the case went to trial before a single judge (not a jury). The focus of this blogpost is only on the employee’s breach of contract claim.

The Judge Found That the CDO Position Never Materialized As Promised

At trial, the parties presented documents and testimony to the judge. The employee argued that the Foundation did not uphold its end of the contract because it did not provide him with the CDO position. 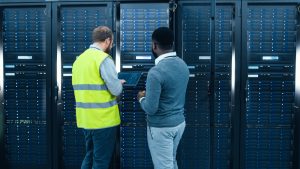 This, the trial court judge concluded, was breach of contract.

The Foundation appealed on several grounds.

Good Faith Tweaks and Adjustments to Job Duties Are Allowed, but Fundamental Changes to a Promised Position Are Problematic

On appeal, the Foundation argued that it could not have breached the employment contract because the employee was clearly at-will, so it could change the employee’s duties at any time.

The appellate judges concluded that the evidence supported the trial judge’s interpretation of the evidence: (1) that the parties agreed that digital strategy would be key to the CDO position, and (2) that, as of November 2015, the Foundation stopped providing the employee with the broad digital strategy job he was promised.

Thus, there was sufficient evidence to prove breach of contract.

The appellate judges also noted that the Foundation’s promise of the CDO position may have been “vague and unenforceable in other circumstances involving different parties.” The judges wanted to make it clear that their ruling is not applicable to every employment offer and termination in Washington.

When preparing written offers of employment, many small businesses focus so much on the prospective employee’s salary and benefits that the job duties are not fully explored or well-defined. Be careful to avoid overpromising about those job duties in employment negotiations, communications, and offer letters. An employment contract attorney can help draft the right language. Small businesses should be especially careful about offer letters when:

Email or call me to see if Cornerpoint can help with your questions about employment offers and contracts.