Anticipatory Repudiation (What a Mouthful!) – A Cornerpoint Case Pop

How Many Legalese Syllables Does It Take to Say “Cancel?” An·tic·i·pa·to·ry Re·pu·di·a·tion. Eleven!

Lawyers and judges sometimes use ridiculously formal and antiquated language – legalese – to describe straightforward legal principles. Anticipatory repudiation is an example of legal jargon that sounds much more complex than it really is. And because businesses regularly enter into contracts, it is an important legal principle to understand.

Here is a common scenario: you or your business enters into a binding contract with another party. Your sixth sense starts to ping and you feel like the other party is not going to follow through and perform their side of the deal. Can you, without penalty, stop your own performance of the contract as a precautionary measure? No – intuition is more like opinion than evidence. 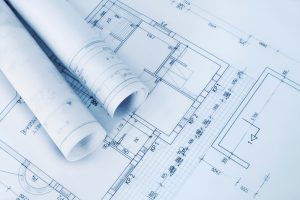 CHG entered into a real estate transaction to buy property from Harty in Kirkland, Washington for roughly $2.8 million. In the purchase and sale agreement, there was language that the deal was contingent on the City of Kirkland’s approval of the engineering and construction plans.

Harty applied for permitting and the City had feedback, requiring revised plans. CHG responded to Harty with an email, noting that the revised plans required by the City would result in an increase of costs. CHG asked for a reduction in the purchase price (to about $2.5 million) and an extension of the closing date. CHG also wrote this language in the email,

“If this doesn’t work then we’ll have to terminate the transaction finding the Engineering Approval Contingency unsatisfactory.”

Harty declined to reduce the price and filed a lawsuit for breach of contract. CHG countersued, alleging Harty breached the contract.

Anticipatory Repudiation: An Unambiguous Intent to Cancel a Contract

Harty argued it could not be responsible for breaching the contract because CHG’s email excused Harty from having to perform any further obligations under the theory of anticipatory repudiation.

Anticipatory repudiation requires an outward showing of an intent to cancel after the contract becomes binding, but before full performance of the contract’s obligations and promises. This intent has to be shown either by words or by actions. Doubtful or indefinite statements, let alone gut instincts, are simply not enough. Furthermore, the statement or action must be unequivocal that the party either cannot or will not perform. Intent can be shown by a party demanding changes to a contract’s terms as a prerequisite to the party moving forward and fulfilling existing obligations.

The email from CHG said that CHG would “have to terminate” the transaction if Harty did not agree to the demanded changes to the contract’s price and closing date.

Once CHG made the statement that it would have to terminate the transaction, Harty did not have to continue to fulfill its own promises and obligations because of the legal theory of anticipatory repudiation.

Anticipatory repudiation should provide some sense of relief to business owners because it excuses contractual performance after the other party has stated its intent to break its promises. If we did not have anticipatory repudiation in the legal toolbox, an aggrieved party would have to finish fulfilling promises instead of cutting its losses. All those syllables are worth it.

If you get an uneasy feeling that the other party to your contract is going to fail to perform, consider whether it is a good idea to confront the party directly and ask. If the other party’s answer is an unequivocal intention to cancel the contract before fully performing, anticipatory repudiation may not only allow you to stop putting effort into performing your own promises, but may also allow you to recover money damages.

Email or call me to see if Cornerpoint can help with your contract questions. This blog is for informational purposes only and is not guaranteed to be correct, complete, or current. The statements on this blog are not intended to be legal advice, should not be relied upon as legal advice, and do not create an attorney-client relationship. If you have a legal question, have filed or are considering filing a lawsuit, have been sued, or have been charged with a crime, you should consult an attorney. Furthermore, statements within original blogpost articles constitute Stacia Hofmann’s opinion, and should not be construed as the opinion of any other person. Judges and other attorneys may disagree with her opinion, and laws change frequently. Neither Stacia Hofmann nor Cornerpoint Law is responsible for the content of any comments posted by visitors. Responsibility for the content of comments belongs to the commenter alone.