Little Mistakes Can Have Big Repercussions

The Consumer Protection Act (CPA), RCW Ch. 19.86, governs virtually everyone doing business in the State of Washington. Given its breadth, as well as its unusual and relatively severe civil remedies, I previously posted why business owners need to understand the types of activities that potentially violate the CPA.

In September 2020, the Washington Supreme Court revisited the requirements for a CPA claim, and confirmed that a prohibited unfair or deceptive act need not be material. In other words, even relatively minor misrepresentations can lead to CPA claims if they are unfair or have the capacity to deceive a substantial portion of the public.

As a refresher, under the CPA, a deceptive act in trade or commerce can occur even if there is no intent to deceive, and even if there is no actual deception, so long as the statement, omission, or action impacts the public and has the capacity to mislead a reasonable consumer.1 To prevail on a CPA claim, the consumer has to prove that the violation caused economic damages.2 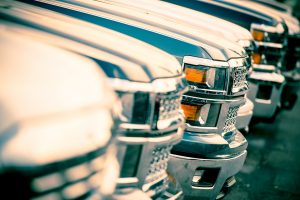 These representations were not true: the truck that the buyer and 146 other consumers purchased did not have a temperature display on the rearview mirror. Toyota realized the marketing mistake after about two months and corrected the advertisements and labels. The vehicle’s purchase price, about $36,000, did not change after the correction because the mistake was made in the marketing materials, not in the price calculation. Had Toyota included a rearview mirror temperature display feature, the cost to Toyota at the time of the truck’s manufacture would have been about $10.

The buyer and Toyota could not agree on a resolution, and the buyer brought a CPA lawsuit against Toyota. The case proceeded to a bench trial, where a judge, rather than a jury, decided whether the buyer proved his case.

The Misrepresentation Was Not Significant…

…But Significance Is Not Required

That being said, the Washington Supreme Court agreed that at a trial, a judge or a jury could potentially analyze the materiality of the error in determining whether the consumer should ultimately win their CPA claim, and if so, how much should be awarded. Materiality just can’t be a requirement.

So the minor misrepresentation was a deceptive act. However, the Washington Supreme Court found no error in the trial judge’s conclusion that the buyer failed to prove that the incorrect description of the rearview mirror’s features caused damages. The buyer won the battle, but Toyota won the overall appeal.

The case is a cautionary reminder that even a minor misrepresentation in marketing materials can potentially give rise to a CPA claim and costly litigation. While Toyota ultimately prevailed on the CPA claim, it had to go through a trial and two appeals to do so. Toyota is well-funded and had the means to litigate, but many small businesses may not be so similarly situated. By understanding that even unintentional marketing mistakes can lead to CPA claims, business owners can better manage the risks of their various marketing efforts.

Email or call me to see if Cornerpoint can help with your questions about the CPA.