Let It Snow: Premises Liability for Snow and Ice Accumulation

Let It Snow: Premises Liability for Snow and Ice Accumulation

When the weather outside is frightful, Washington businesses have a duty to control the accumulation of snow and ice at their premises in order to make passage reasonably safe for the public, customers, and commercial and residential tenants and their guests.1 Forget any argument that snow and ice are natural conditions – that defense has been rejected by the Washington Supreme Court. This is, in part, because today’s businesses have snow-clearing tools readily and relatively inexpensively available. In other words, although the accumulation may be natural, we don’t have to wait for nature to remove it. This blogpost discusses how Washington law determines liability for “slip and falls” on snow or ice at business premises, as well as risk management tips to help minimize the risks of injury and a subsequent lawsuit.

Rule 1 requires businesses to proactively inspect for dangerous conditions — including snow and ice — on their premises. Ignorance is not a defense, but the dangerous condition must have existed for enough time that the business could have discovered and prevented against the danger. Since snow and ice can accumulate and change conditions quickly, the business may not always have notice of the precise danger. As an alternative, the injured pedestrian may instead present evidence that the snow or ice caused a danger that was reasonably foreseeable – or predictable.

Rule 2 recognizes that although snow and ice on the ground can be obvious, people may not realize the resulting danger. A business is not relieved from premises liability just because the snow or ice is visible.

Rule 3 requires businesses to either remove the danger caused by the snow or ice, or warn of the danger, as may be reasonable under the circumstances.

It is a defense for the business if it can show that the injured pedestrian knew in advance that the snow or ice presented an obvious danger. This is particularly true if the pedestrian assumed the risk of falling. To show assumption of risk, a business may point to evidence that the person had a full and subjective understanding of the presence of snow or ice, and the nature of the specific risk of falling, and still voluntarily chose to traverse the snow or ice instead of choosing another reasonable option, like using a different route.

Occasionally, the judge may dismiss the case as nonmeritorious, but only when the evidence is undisputed and fully favors the defendant. Usually, the jury will decide what both the business and the pedestrian knew or should have known about the snow or ice accumulation, and whether the business is liable.

Learning By Example: It All Depends on the Facts

To get a sense of what constitutes reasonably safe premises in winter weather, as well as the scope of the injured pedestrian’s subjective knowledge, it is useful to turn to cases that have already been decided by Washington appellate courts. I’ve chosen four. 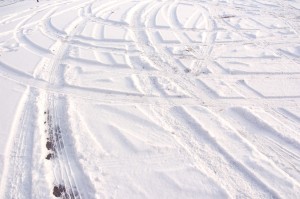 It snowed over seven inches in one day. The following two days, temperatures fluctuated from 28 to 36 degrees Fahrenheit. The parking lot had been plowed and was covered in ice and residual snow. No sand was applied.

The pedestrian knew before she fell that it was slippery and that the parking lot was icy. She was wearing snow boots when she slipped in the parking lot.

The business (in this case, the State Employment Security office) knew that the inclined section of the parking lot became a treacherous slippery slope during the winter months when covered with snow or ice.

The case was allowed to proceed to a jury, where the jury would weigh the evidence and determine premises liability. 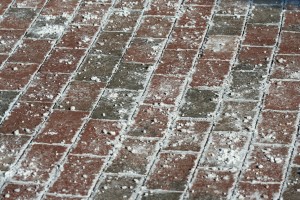 There had been significant snowfall, with snow on the ground for at least three days. The fall was near a clubhouse exit.

Before he exited the building, the pedestrian looked out the glass door and saw snow and ice on the walkway.

The business (a residential landlord) had only cleared main walkways in the common areas. It had made no attempt to clear the snow on lesser-used common walkways.

The case was allowed to proceed to a jury, where the jury would weigh the evidence and determine premises liability. 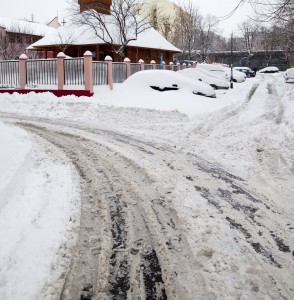 The pedestrian knew it was slippery outside, and was on his way to complain to building management about inadequate snow removal. He had crossed the berm before. He was wearing slip-resistant shoes.

The business (a residential landlord) had cleared the sidewalks and roadway, although the adequacy of those efforts was in dispute.

The case was dismissed and not allowed to proceed to a jury because of the pedestrian’s subjective knowledge of the danger of slipping and falling and his choice to voluntarily encounter that danger. 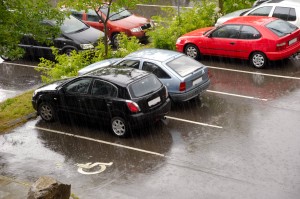 The area was experiencing abnormally cold temperatures and snow had fallen earlier in the week.

The pedestrian chose to walk through the parking lot instead of on a pedestrian walkway. She did not identify the dangerous condition that caused her to fall.

The business (Wal-Mart) plowed, de-iced, and sanded the parking lot the day before the fall, but some compacted snow and ice remained. Video surveillance of the parking lot showed people walking and cars traveling at normal speeds.

The case was dismissed and not allowed to proceed to a jury because the pedestrian could not point to a dangerous condition.

If you think that the above cases all sound similar, you’re right. In each, the pedestrian knew of the weather conditions, and the business had made at least some effort to remove snow and make the premises safe. The devil is usually in the details, and it is the jury’s — not the judge’s — job to decide those factual details.

You can’t control the weather, but if you own a Washington business, you can (and must) control the accumulation of snow and ice at your premises. Some locations that deserve special attention are: 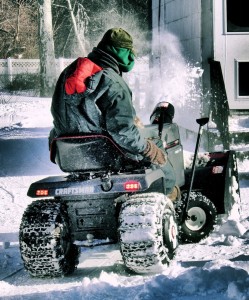 Even with excellent snow removal procedures, accidents may still occur. Therefore, in conjunction with other risk management techniques such as employee training and contractual indemnification, it is also important to have premises liability insurance coverage through a Commercial General Liability or Businessowners policy. Let it snow!