Actual Damages After Breach – The Hallmark of Contract Remedies

First, a quick primer on breach of contract remedies. At their most basic, contracts are really just legally enforceable promises. When a party doesn’t follow through on a promise, a breach occurs. And when a breach occurs, the law allows for a remedy – usually in the form of monetary “actual damages” payable by the breaching party. The goal of actual damages is simple: put the party who doesn’t breach the contract back to where it should be financially – or close to it – by awarding it what was lost or what should have been gained. 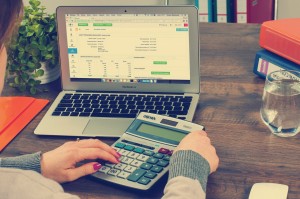 The party making the claim has to prove the amount of actual damages. In some instances, although relatively rarely, the damages are too hard (or almost too hard) for a party to prove with any numerical specificity.

Liquidated Damages – Estimating the Value of Damages Before a Breach

Enter liquidated damages. The parties can agree – at the time that they enter into the contract – on the numerical value of the damages that a breach of contract will cause. It could be a lump sum amount, or a formula based on specific costs, prices, or values. A provision containing liquidated damages can become part of the contract, just like the other clauses.

There is a rather enormous potential for abuse in a liquidated damages provision. First, the amount of the damages could be unfairly plucked from the sky – with no relation to the amount of the likely damages that would occur from a breach of contract. Second, because the clause’s purpose is to lessen the strain of proving damages, it could inappropriately erode the claimant’s burden of proof. Since the burden of proof is an integral part of the foundation of the American justice system, no one wants to see that erosion. Here’s an example:

Company A has a contract with Company B for the purchase and sale of Company A’s widgets. The contract price is $10,000, with $2,500 due each quarter. Company A drafts a contract that provides for liquidated damages of $20,000 if Company B fails to pay the full $10,000.

Is there a problem here? Yes. First, the amount of liquidated damages has no reasonable relation to the potential harm and would result in a windfall to Company A – Company A would be in a much better position if Company B breaches the contract than if Company B does not breach the contract! Second, it would be pretty easy for Company A to calculate actual damages in the event of a breach – subtract Company B’s payments from $10,000. The remainder is the amount of actual damages. Allowing Company A liquidated damages in this type of situation would penalize Company B and result in Company A’s burden of proof dropping fairly dramatically. This situation is not a proper use of liquidated damages. 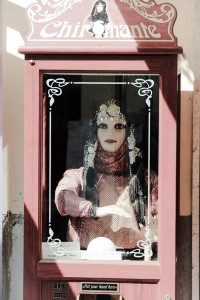 The goal of contract law is to honor contracting parties’ intentions. Liquidated damages provisions can serve a valuable purpose in both contract and breach of contract negotiations.

But, to avoid the abuse and misuse of this alternative remedy, liquidated damages provisions have to meet two requirements in Washington to be legally enforceable.

Now, compare this example to the one above:

Company A, a growing company, has a contract with Company B for Company B to build Company A a new website with a hard deadline of April 1. The contract price is $25,000. Company A drafts a contract that provides that if Company B fails to finish the website by April 1, Company B must pay liquidated damages of $1,000 each day delivery of the website is delayed. The $1,000 amount is based on the forecasted increase in daily net revenue generated from the new website design.

Let’s turn to Washington’s liquidated damages test. First, is the amount a reasonable prediction of anticipated harm? If the forecasted increase is an educated projection rather than a speculative guess, yes. Second, are actual damages difficult to determine? Likely. It could be extremely challenging, if not impossible, to prove a negative – since Company A’s revenue is increasing even without the new website design, what additional revenue was lost because the old website remained in use? This scenario is a good contender for an enforceable liquidated damages provision.

Given that actual damages are usually identifiable and calculable on a more probable than not basis, liquidated damages are appropriate in a relatively small percentage of types of contracts. That’s not to say that they aren’t useful. Liquidated damages can be extremely beneficial or crushingly detrimental – depending on one’s role in the contractual relationship and position as either the breaching or non-breaching party. In business, we most often find liquidated damages provisions in contracts where a party’s breach will probably result in damage to reputation or “difficult to measure” lost profits. If a situation calls for liquidated damages, a value that reasonably compensates for the anticipated loss has a much better chance of being enforceable than one that creates a jackpot.